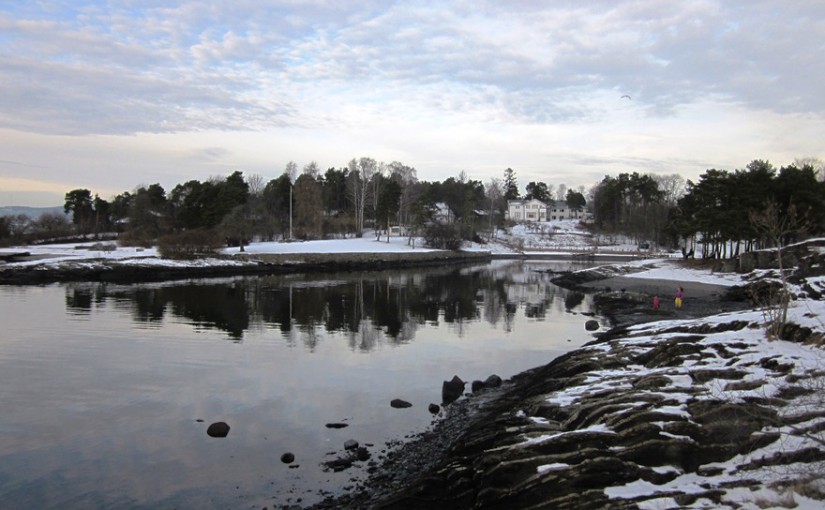 We took a little walk over the weekend around Huk beach on Bygdøy. There were a surprising number of people out for a cold winter’s day (though no where near the number of people you’ll find there in the summer). It’s nice spending time in Oslo’s quiet corners, like Huk, where you can relax by the water and feel a world away from the city. 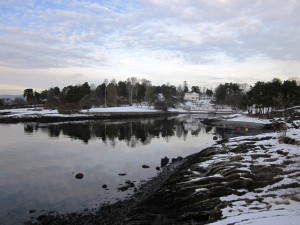 The small inlet at Huk
I came across a book from the 1940s about Bygdøy’s history, published by Selskapet for Bygdø Vel, and have been leafing through it for the past couple of days. It turns out Huk was a major smuggling point in the 1600s and 1700s. Goods would be dropped off on the far side of Bygdøy, at or near Huk, and then moved into the city under the cover of night. This was, apparently, especially common during the winter months when Frognerkilen was frozen over and goods could be moved by sleigh. So, if you’ve ever considered trying to bring in a little more from Systembolaget than you were allowed, it turns out you’re part of a long historical tradition of dodging Norwegian customs. 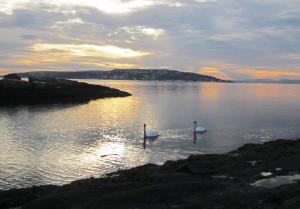 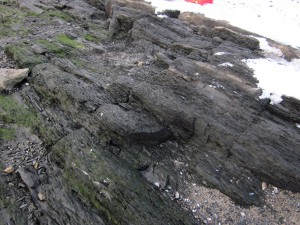 Glacial scarring on the rocks at Huk, left over from a time where the whole area was under a sheet of ice

Looking across the water to Nesoddtangen
If you haven’t been, take some time to visit Huk and stroll around Bygdøy – there’s a lot to enjoy beyond the museums.