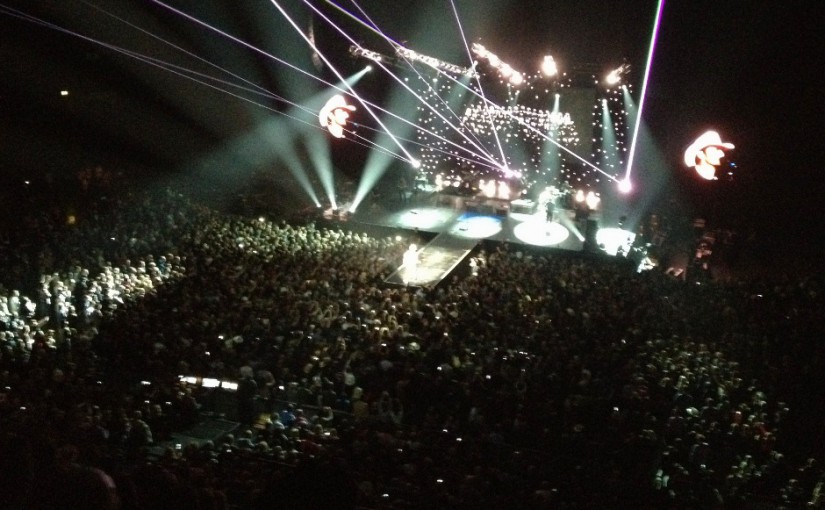 I have never had so many opportunities to see American singers and comedians as I have in Oslo. The number of international acts making their way through Scandinavia just keep growing and growing. Perhaps even more importantly, those entertainers who came to Oslo in previous years are coming back for more – clearly they’re impressed with their Norwegian fan base.

Before I lived here, the idea that Jerry Seinfeld or Ricky Gervais would bother to perform in Oslo would have stuck me as absolutely ludicrous (speaking of which, Ludacris has performed here as well). A lot of these big acts don’t even make it Portland, a pretty good-sized city in the U.S., so why in the world would they bother to come all the way to Norway? What in the world could they possibly hope to find?

Well, one thing as it turns out is a good paycheck – tickets to last week’s Gabriel Iglesias show went for around 550-600 kroner, or roughly $100, while in the U.S. his tickets are only $40-50. There were around 6,000 people packed into Oslo Spektrum to see him – I’ll leave you to do the exact math, but it’s clearly worth his while to come through here. Not to mention the fact that while so many other areas have had economic woes, during which entertainment spending is generally curtailed, Norway’s economy has (so far) remained relatively stable and strong, meaning there are plenty of people able to pay those high prices.

Another one reason, though (and probably the most important one) are the fans here. Norwegians are more plugged in to American culture than any other ground of people that I know, and that’s including people in other English-speaking countries (you heard me, Canada). American music, movies, and TV shows are pervasive here, and the lack of dubbing means Norwegians are completely familiar with American-style English and all its associated humor. Last year when well-known comedian and ventriloquist Jeff Dunham was here he stopped a couple times during the show just to see if people were following his jokes, clearly surprised that everyone spoke and understood English so well. He seemed even more surprised that people here were so familiar with his material.

I went with a country-loving Norwegian family member to a Brad Paisley concert a few weeks ago at Oslo Spektrum, and the passion of the fans was on display there as well. Paisley commented that he liked coming to Norway (it was his second time, I believe) because, as he said “you guys are real fans. Y’all don’t just know the popular songs, you know all my songs”. This was humorously brought home to him when, during the requests portion, a fan asked for the song “Toothbrush“, only to have Paisley forget half the lyrics and turn to the audience to help him finish, a task they were more than up to. 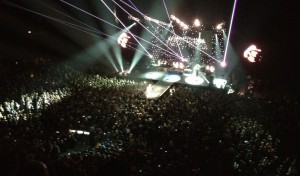 Brad Paisley preforming at Oslo Spektrum, as documented by my crappy iPhone camera
The intensity of Norwegian fans was most obvious when Justin Bieber came to town last May and the passionate (crazed?) fans nearly shut the city down. The first ten minutes of this video shows how even Bieber’s crew was completely surprised by the unexpected hordes of screaming teens.
All these shows and concerts make being an American expat in Oslo that much easier. Even if you’re not going to the shows yourself, that fact that the options are there, and that so many people are so familiar with American pop culture, makes it that much easier and comfortable to live here and find common ground in tastes and interests with Norwegians.
If you’re not seeing at least a few shows, though, then you’re missing out – especially with the comedians. They all have something to say about Norway, and you’ll often hear off-the-cuff routines specifically about Oslo that you’ll never see on YouTube. Out of all the shows I’ve been to, my personal favorite was Jeff Dunham and Walter, where for 30+ minutes grumpy old Walter shared his decidedly unimpressed thoughts on “all those cold naked people” at Vigeland Park. 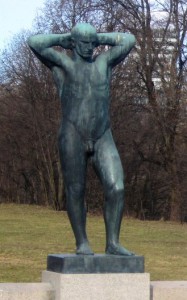 “I was in the pool!”
To see who’s coming to Oslo and to buy tickets check out billettservice.no. Most of the major non-Norwegian acts are at Oslo Spektrum or Telenor Arena.