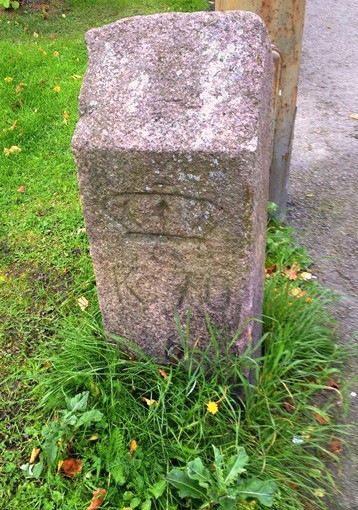 I recently moved from downtown Oslo out to Nydalen, which involved a lot of driving back-and-forth along Geitmyrsveien in the St. Hanshaugen area. After several long red lights the intersection of Geitmyrsveien and Ring 2, I noticed a small stone wedged at the bottom of a light pole, with something carved on the face. Finally I stopped and walked over to take a look at the thing.

It turns out that this is an old border stone demarcating the 1878 boundary between Christiania and Aker herred (read more about herreds here). Aker herred was basically the area surrounding Christiania, and its boundaries correspond with the modern borders of Oslo, stretching from the Lysaker River in the west to Groruddalen in the east, and from the northern reaches of Nordmarka down to the southern edge of Nordstrand. Aker herred was traditionally the farmland for the city, providing food and supplies for the urban residents and, most importantly, the garrison at Akershus Fortress. The massive expansion of the city in the 1800s meant more land had been taken away from the herred for Christiania, and over the 19th century more and more of the farms and løkke, or pastures, became developed urban areas (which is why so many areas of the city have “løkke” in their name).

To get a sense of the city’s expansion, take a look at two maps: First, this map depicts the city’s limited size in 1830, while this 1860 map (split into two images on the city archive’s website) shows the massive growth that had occurred over just 30 years, especially to the north. As this tide of outward expansion continued, it was decided in 1878 to set up a series of markers clearly indicating where the city stopped and the herred began. 81 stones were placed on the border, with a “K” on one side for Christiania (which was sometimes spelled “Kristiania”) and an “A” on the other for Aker herred. The stones were numbered as well – the one I came across, as you can see, is #70.

Some of these stones can still be seen today, often in their original location. There are a few good guides for finding them, though they are all in Norwegian. First check out lokalhistoriewiki.no for their entry on the stones (this Norwegian-language website is an amazing resource in general for information about Oslo and Norwegian history, and in terms of public wiki sites it often surpasses the information available on the Norwegian Wikipedia). Second, go to this page for a detailed list of each of the 81 stones and their current status today.

In 1948 Aker herred was completely absorbed into Oslo, giving the city its present size and shape. The inconspicuous stones are now all firmly within the city, and are often slightly hidden, like the #70 stone above, in small corners where they’re easily overlooked. A walk along the old border, looking for the stones along the way, would make for a great day hike around the city, and I hope it’s something I can find time to do before the snow sets in… 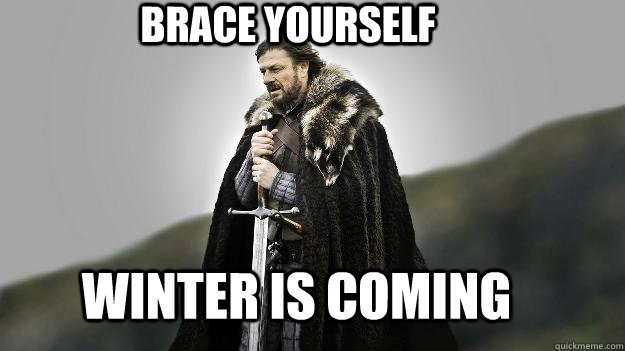 The sun’s setting earlier every day…
With that in mind, be sure to enjoy the fall foliage and crisp days while they last, and have a good høstferie!