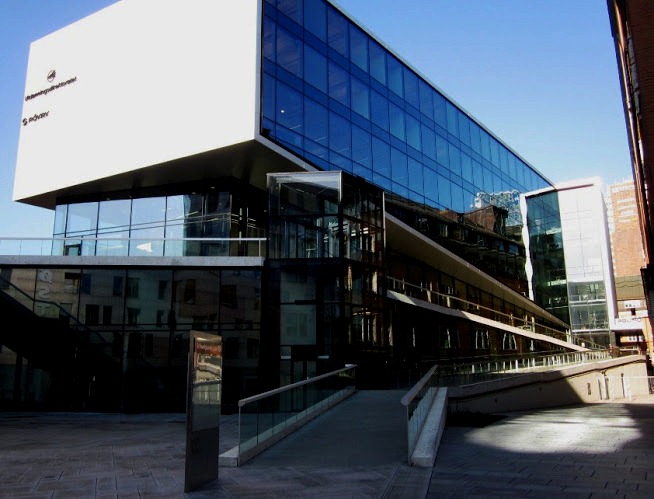 I recently had to renew my Norwegian family residence permit (oppholdstillatelse). Residence permits, in case you aren’t aware, have to be renewed every year for the first three years. When I initially received a residence permit for Norway a UDI staff member told me to start the renewal process around one month before the current permit expired. Later on the UDI website was updated to say you should apply at a minimum one month before – slightly different from what I was originally told, but still in the same general time frame. I applied a few weeks before the one month deadline, and called to double-check which documents were needed. The UDI representative told me there was a one-month processing period for residence permit renewals, which was a welcome time-frame given that my initial residence permit took over a year to process. I made my appointment and went down to the UDI office in Oslo. After turning in my papers I asked how long the renewal would take to process. The answer: three to four months. Yep, that’s right, in the space of two weeks the processing time increased threefold. Ahhh, UDI and your shenanigans….

Finally, after three months or so, my renewal finished processing. If you want to know when yours is done, the quickest way is to call UDI – you can make an appointment immediately after you learn you have been approved. This can potentially save a fair amount of time, as the letter informing me of my renewal application approval came nearly two weeks after I had actually been approved.

After calling the Oslo office, scheduling an appointment, and waiting two weeks (yes, even more waiting) I was able to go down and get my photos and fingerprints taken for the new card. I then had to wait two more weeks for the card itself. All told, between when I first began the process to when I finally received the renewed residence permit card it had been twenty weeks, or a little over four months had passed. For a while during that time I had no valid oppholdstillatelse for Norway – as us non-EU/EEC immigrants know, this can be troublesome if you have a job (since technically you’re not supposed to be working without a currently valid oppholdstillatelse) and disastrous if you get a job during this period (since you officially can’t be hired without one).

So how do you avoid this oppholdstillatelse gap? Clearly following the UDI instructions (minimum one month before the current permit expires) isn’t good enough. Their case processing estimate of three to four months seems accurate for now, though remember that they admit to being not constant (look halfway down the page), so really it’s better to be apply for your renewal months in advance, just in case of even more UDI shenanigans. I inquired at UDI and found out you can apply for a renewal of your residence permit up to four months before its expiration – and they recommend you do so. None of this is on the UDI website – why I don’t know – but if you are going to be renewing your Norwegian residence permit anytime soon, get on it early. The day you are four months away from your expiration date, go to Application Portal Norway and get the process started. Who knows, you might even get your new one before your current one expires.