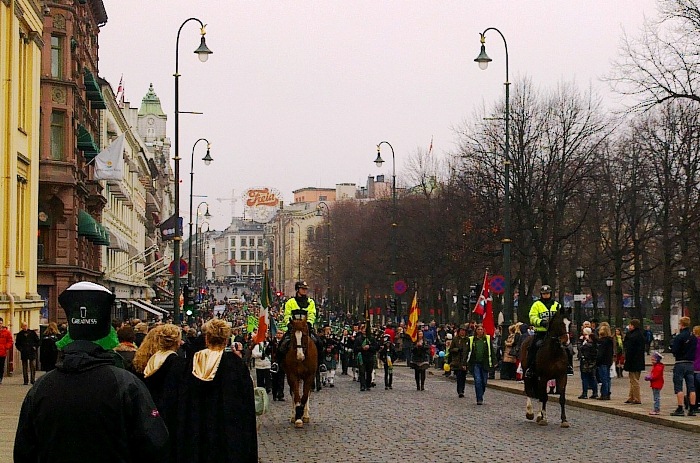 The Norwegian Irish Society put on another St. Patrick’s Day parade this year, and this time it was actually on St. Patrick’s Day! The parade itself wasn’t too long, going from just the Central train station to University Square. At the square we heard several speeches, including one from the current Irish ambassador to Norway, and enjoyed Irish singing and dancing. After that it was off for drinks at the Hard Rock Cafe, then we headed over to The Dubliner to end St. Patrick’s Day in the traditional Irish manner (more drinks). Though it was a wet day in Oslo, the weather held up during the festivities itself, and fun was had all around. 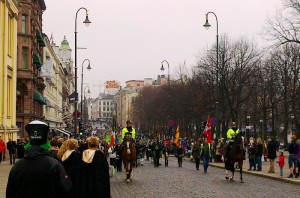 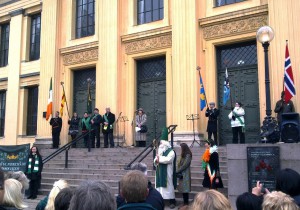 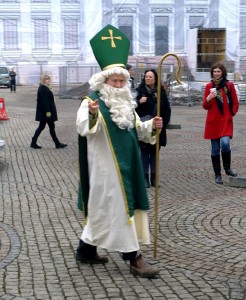 St. Patrick was there! He was busy blessing people, buddy Jesus style. 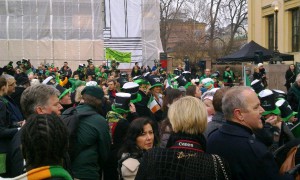 The crowds on University Square. 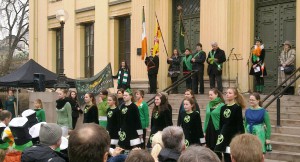